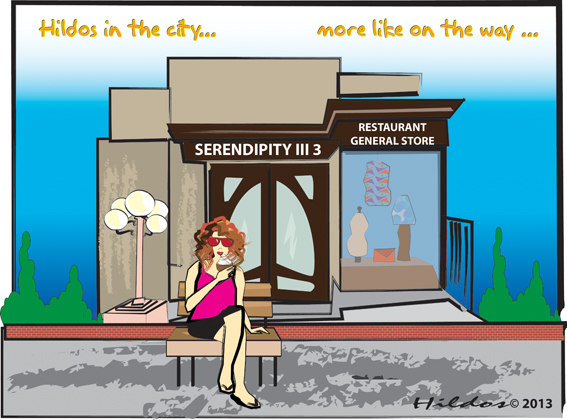 They say that perfection is relative to the eye of the beholder…So is there such a thing as perfect day? hmmm well probably not… After sharing my perfect day with my class, some attendees had some comments; well one of them was ‘your perfect day is full of problems why is that?…Great question! I thought… My answer was ‘I believe It’s more associated on how we deal with this day rather than on what happened on that day’ … clever no :)?…another comment was you have a sexy accent by a very sexy guy but well we will deal with that another time .. May be when I will share that whole thing with my 15 fans :)…

Back to where we ended up in BLOG #1:
Ok we were talking about taking a leap… A leap? More like a Quantum Leap… and again for those who know me well falling down is one of my specialties… Apparently I had to change track but to what? Most probably to the opposite directions hmmm but how can I do that? Its hard.. no?

What was my next move?

Well here is what I did, first things first

Someone (actually my therapist) asked once why do you want to move to NYC?
And my respond was …well…ah… actually I did not have an answer…

So on my quest to finding an answer, I decided to get acquainted with the city after all it’s where I will be heading…
I roamed the city for a while did some tourism, ate a hot dog, Central Park, the MET, MOMA, Lion King, Broadway, Meat Packing District, Apple store and of course Serendipity…You have to try the Frozen Hot Chocolate its DIVINE, ….
They say whenever you are in NYC you will bump into a celebrity well I DID !!

Funny story actually because I scared the hell out of him and then pissed him off.
Here is what happened, on my way back from a dinner I bumped into a French film shooting and there he was…. Gad el Maleh (French comedian)

So I ran towards him shouting: GAD GAD GAD!!!!

Shocked, He replies’ Oui mais qu’est ce qu’il y a? (what is it ?)
Translation for Non-French Speakers

So he signed a piece of paper and continued shooting his film while I was taking pictures with my camera using flash, and unfortunately my flash was in the movie shots, so pissed off the stage manager started shouting because all the shots were ruined and needed had to be retaken ….sorry guys… 🙂

So enough joking… Wandering back to my hotel, I was thinking on how much in 5 days all of us took away and later on restructured our lives, our habits, our path,…as my friend BAM sent me the other day ‘MG provided us with the tools to do something great’ and the funny thing like Jag says he doesn’t even know it !!

But really this exercise made me think, are we all predestined or we choose our fate? Are we responsible to the course of our lives or are there energies out there that needs to be aligned so that we take a leap? Is it enough to dream, work hard and stay positive? Are things random or everything needs to be done after planning our steps thoroughly? And what if we take a wrong step and wander off do we miss our destiny or what should have been and this way we will be labelled ‘Unlucky’ like some people think. Can we cheat on our fate? My friend Jag told me once ‘I finally can see how I can sink or I can turn my own boat. And I chose to be captain now… hmmm Effect of MG class…

I never thought of taking a course with MG, but in 2011, I subscribed to PRINT magazine for the first and there it was the first issue FEB 2011, I opened it and the first thing that caught my attention is the ad for the course…
Funny thing is, that on the same day I received The Rotary Centennial Book and guess who designed the cover? Of course MG!!
… So was it destined or planned?
Do we wander or shall we wonder?… Food for a thought