“My work reflects my funny personality, my personal struggles, seeing beauty in imperfection, my progressive views and sexuality which I express through humor”.

We only live once right?’ 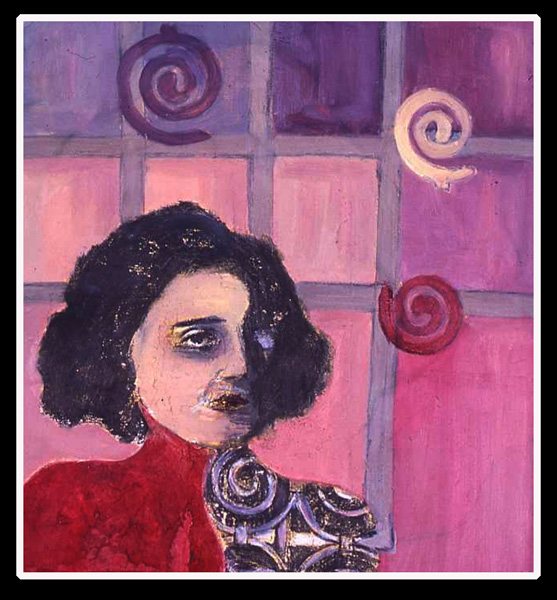 Painter, Illustrator, Communications Specialist and Actor, Lebanese-Armenian artist Hildos, born Hilda Abla in Beirut started her artistic venture when she was 5 at the children art program at L.A.U. the university formerly known as B.U.C. through which she pursued her Art studies and graduated in 1996. And in July 2009 finished her master in Marketing and Communications at L’Ecole Supérieure des Affaires.

Since ‘96, she has worked in different art and education fields such as Art teacher, Graphic designer, Activities coordinator, Illustrator & Window designer and participated in numerous exhibitions.

In April-May 2000 she had the chance to be part of the Rotary Group Study Exchange team from Lebanon to the USA. The program included personal professional training according t 2009 o expertise as well as cultural exchange.Also she had the chance in August 2011 to participate in the Milton Glaser summer course, a graphic design course given by Mr Milton Glaser at the School of Visual Arts New York City and a Painting Summer Residency at School of Visual Arts in 2012.

From Beirut to New York City she gained her sense of art from all the life struggles she led and dedicated her passion to express those issues. Driven by making a difference in people’s lives and believing that every artwork should have significance, her latest commitment is directed to changing the way women view their bodies and themselves. A challenge she faced most of her life. Through her sense of humor she artistically tackled taboos to illustrate the beauty of the human body, ‘seeing beauty in imperfection’ away from the stereotypes clichéd by the media. Hildos lives and works as an Artist and Educator in New York City, the city she considers her muse.

On another note, since 2004 Hildos pursued her theater passion and she participated in several plays. Her first theater performance was in July 2005 & Mar 2006 in Betty Taoutal’s “Semblant de piece” at Theatre Monnot and Tournesol. Her latest performance were in Mathhab directed by Lina Khoury at Gulbenkian Theater in December 2012 and Sdour El 3ammet directed by Awad Awad which took part of the Mishkal Festival at Madinat Theater.