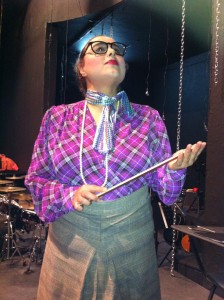 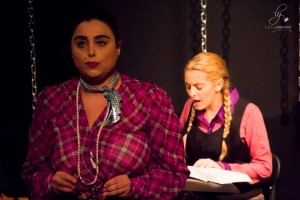 Lebanese American University Major Theatre Production “مذهب” (Mathhab) Based on “Every Good Boy Deserves Favor” by Tom Stoppard’s and André Previn Translated, Adapted and Directed by: Lina Khoury MATHHAB is a tragicomedy based on Tom Stoppard’s play “Every Good Boy Deserves Favour”, written in 1977 alongside the music composer André Previn. The play concerns a dissident, who is imprisoned in a mental hospital, from which she will not be released until she admits that her statements against the government were caused by a non-existent mental disorder. In the hospital she shares a cell with a genuine mental patient, who believes herself to have an orchestra under her command. Integrated into the action, the orchestra underscores the frightening rigidity of totalitarian bureaucracy swiftly crushing the feeblest gestures of individuality in anyone who dares to play out of tune. The play is adapted by Khoury to take place in any part of the Arab world, and in every society that forbids and punishes any kind of freedom or individuality. Many themes emerge to the surface then, since oppression comes under different titles. The play tackles themes of political, artistic and gender oppression.